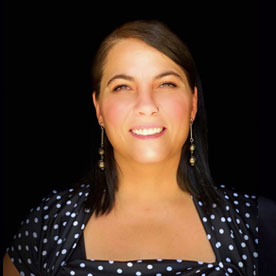 Daniela Novo has dedicated her life and career to the pursuit of foreign-language education (Spanish and English) and Argentinian/U.S. cultures. Novo actually began her English education at San Patricio at the age of five; at the age of sixteen, she attended Hillsboro high school in Oregon as part of San Patricio’s first High School Exchange Program. In 1996, she was responsible for the Institute’s study-abroad-group at the same high School. As a trilingual speaker, (Spanish, English and Italian), Daniela taught English at the Institute between 1992 and 2001. In 2005, Novo received her undergraduate Degree in Sociology from the University of Buenos Aires. After more than a decade as a sociologist in Buenos Aires with her own practice, Novo returned to San Patricio Language Institute in March 2015. In October of the same year, she assumed the role of Director. Daniela Novo is the Founder’s niece and lives in the city of Buenos Aires with her husband and daughter.