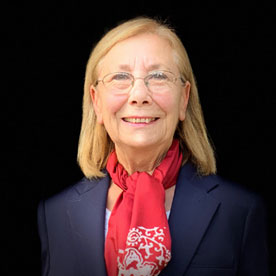 Graciela Susana Guglielmone founded San Patricio Language Institute in 1971 at the age of 21. A translator and English teacher, Guglielmone has long shared her lifetime passion through education in Argentina and the United States and continues to oversee the Institute as Chairman Emeritus. After graduating from the University of Morón in 1971, Guglielmone directed San Patricio, where she also taught, while serving as an English teacher in the Merlo School District – Consolata Middle School (1970-1981) and the Sacred Heart High School (1970-2004). She became a member of the Rotary Club of Northern Merlo in 1991 (until 2001) and President of the chapter from 1997-1998. Additionally, in the spring of 1995, she was the Team Leader of the Argentinian Rotary Study Group in Atlanta, GA. Other professional experience in the U.S. includes a semester teaching English and Spanish as second languages at North Lake College (Dallas County Community College District) in Irving, TX (Spring 1991). As translator, Guglielmone has an ongoing literary collaboration with her son, Patricio Ferrari.  Together they co-translated, “Language Matters with Bob Holman,” a 2015 documentary film for PBS narrated by poet Bob Holman about the importance of preserving languages in the modern age. They also recently co-translated two U.S. poets, Frank Stanford (Foundling Press, 2018) and Laynie Browne (Zindo & Gafuri Ediciones, 2018). Both of these writers had never been translated into Spanish.